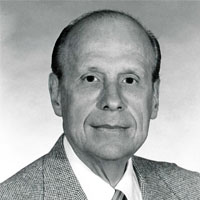 Dr. James E. Wood, Jr. was born in 1922 in Portsmouth, Virginia. He received his Bachelor of Arts from Carson-Newman College in 1943, Master of Arts from Columbia University in 1949, and Bachelor of Divinity, Master of Theology, and Ph.D. from The Southern Baptist Theological Seminary in 1947, 1948, and 1957.

Dr. Wood began his career at Baylor in 1955, serving as an Associate Professor of Religion. In 1959, he was named director of the J.M. Dawson Institute of Church-State Studies. He continued to serve in this position until 1972. From 1972 to 1979, Wood served as director of the Baptist Joint Commission for Public Affairs. In 1980, he returned to the J.M. Dawson Institute for Church State Studies where he continued until 1995. Under his leadership, the Institute saw the creation and development of the Master of Arts and Ph.D. programs in Church-State studies as well as the establishment of the Journal of Church & State. He retired from Baylor in 1999 and passed away in 2019.

The Dr. James E. Wood, Jr. Papers are available at The Texas Collection and the finding aid can be viewed here. 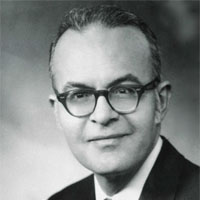 Dr. Garrett taught at Southwestern Baptist Seminary in Fort Worth (1949–1959, 1980–2003) and the Southern Baptist Theological Seminary in Louisville, Kentucky (1959–1973). He served as director of the J.M. Dawson Institute of Church-State Studies from 1973 to 1979 and was an author and contributor of numerous books and articles. Dr. Garrett passed away in 2020. 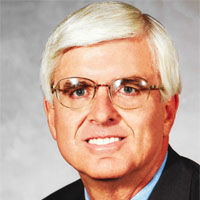 Dr. Davis was appointed Assistant Director of the J.M. Dawson Institute of Church-State Studies in 1990 and served as Director from 1995 to 2006. In addition to Director, Dr. Davis was editor of the Journal of Church & State. He published extensively, including Original Intent: Chief Justice Rehnquist and the Course of American Church-State Relations (1991) and Religion and the Continental Congress, 1774-1789: Contributions to Original Intent (2000). 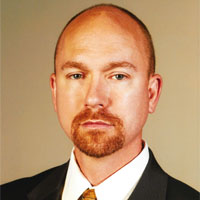 Dr. Christopher Marsh received his Bachelor of Arts from Central Connecticut State University in 1995 and his Ph.D. from the University of Connecticut in 1998. Dr. Marsh was an associate professor of political science and church-state studies at Baylor University. He was appointed Director of the J.M. Dawson Institute of Church-State Studies in 2006 and served until 2011. He served as editor the Journal of Church & State and was an executive editor of Demokratizatsiya: The Journal of Post-Soviet Democratization.

Dr. Marsh was a professor of National Security and Strategic Studies at the US Army School of Advanced Military Studies and is currently the Director of the Department of Research and Analysis at the Joint Special Operations University. 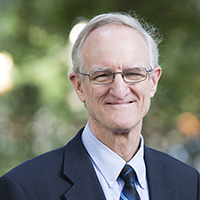 Dr. C. Doug Weaver was born in Virginia. He received his Bachelor of Arts from Mississippi College in 1978 and a Master of Divinity (1981) and a Ph. D. (1985) from Southern Baptist Theological Seminary. He is Professor of Baptist Studies and Interim Department Chair for the Department of Religion at Baylor University.

After the restructuring of the J.M. Dawson Institute of Church-State Studies, he was appointed named the Director in 2013. He served in this position until 2021. Dr. Weaver has published extensively, including Baptists and the Holy Spirit: The Contested History with Holiness-Pentecostal-Charismatic Movements (2019).